When you are a walker, it is not the last point which counts, but even more the experiences on the road.

Lis Nielsen from The Danish Walking Organisation was President of the European Ramblers Association 2009-2017.

Lis Nielsen, even if the administrative work takes a lot of her time, have had the possibility to walk in many European countries. But, there is no doubt, that being in the nature with a backpack and a tent is that, what she loves most.

Lis Nielsen has been Member of the ERA Presidium as Treasurer since 2001-2009, Member of the Presidium for the Danish Outdoor Council from 2000 to 2009 and president of Dansk Vandrelaug from 1993 to 2001.

She was in 2018 elected as president for Dansk Vandrelaug, Copenhagen 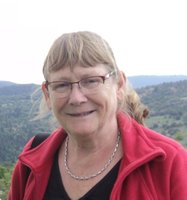